A lego kit to ‘build the Temple’?! 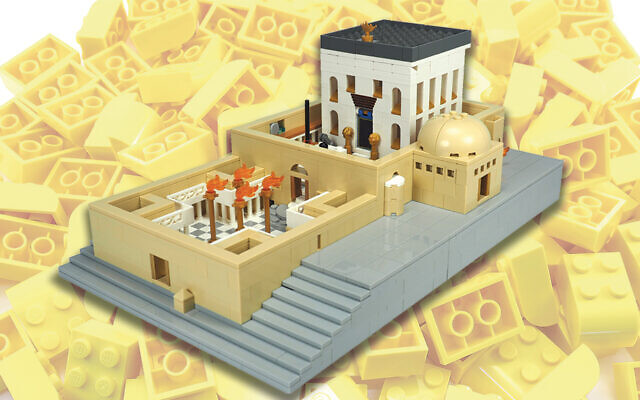 As the Temple Movement mobilises more strongly than ever to built a Temple at Masjid al-Aqsa, according to a report on the Jewish Standard, children are being warmed to their ideas through play.

This comes through the release of the “Holy Temple” Lego kit from jBrick.com, which makes Jewish-themed building kits with real Lego components. Other kits the company had developed have included menorahs, a seder plate, a bar mitzvah boy reading from the Torah, and a mini-figure of Moshe Dayan.

According to the report, the ‘Holy Temple’ kit breaks new ground in jBrick complexity and price. It features 1305 bricks and instructions for building a model of the Temple according to religious interpretation. It costs $613.

For a further $770, you can buy a 1470-piece kit that models the Temple Mount and its underground tunnels, with space to place your Holy Temple model.

This is not the first time that the concept of the Temple has entered the world of Lego. In the summer of 2018, Rabbis Kalman Worch and Ruven Benshmuel presented a 12 000 brick model at Chicago Brickworld convention, which drew 10 000 Lego fans. Their version was almost three feet tall and three feet wide.

“This impressive scale was noticed by the attendees,” a Chabad website, http://collive.com, noted, “many of whom had little or no exposure to the concept of the Third Temple.”